Getting divorced can be painful, but it’s sometimes necessary for the emotional well-being of all involved. Child custody arrangements are a particularly difficult aspect of divorce that millions of couples struggle with. If you’re in the midst of a divorce involving children, then you should have a skilled family law attorney in The Woodlands represent you in your divorce case. It also helps to understand the basics of family law in Texas and the factors involved with child custody. 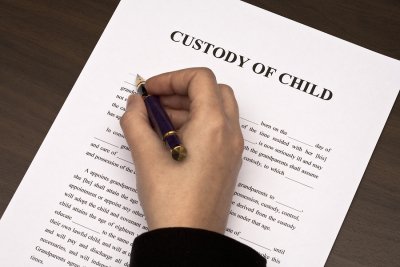 Relationships
The relationship that the child has with each parent is an important factor to consider when determining child custody. Mothers most often get primary custody in divorce cases, but not always. Courts look at which parent has historically been the child’s primary caregiver. The child’s personal friendships may also factor into a custody decision—especially if custody with one parent means taking a child away from those friendships.

Stability
Each parent’s emotional and financial stability must be considered as well. The child’s best interests are the center point of any Texas court’s custody decision, and the parent best equipped to care for the child’s needs will likely receive primary custody. For example, if one parent has a history of drug abuse or mental illness, custody will more than likely go to the other parent.

Logistics
Many divorced parents share joint custody of their children. However, this may not be feasible if one parent lives in a different town or has a complicated work schedule. If it’s not possible for a divorced couple to share custody 50/50, then one parent may be given sole, or primary, custody.

Visitation
Texas courts want both parents to be involved in their children’s lives, if possible. If one parent has primary physical custody, the other parent should be granted reasonable visitation rights which fit within everyone’s schedule. Divorced parents may also negotiate independently for joint legal custody, wherein both parents are involved in making decisions regarding the child’s education, religion, healthcare, and other matters.